Xiaomi Mi 10T Pro Review: Is the new mid-ranger worth it? 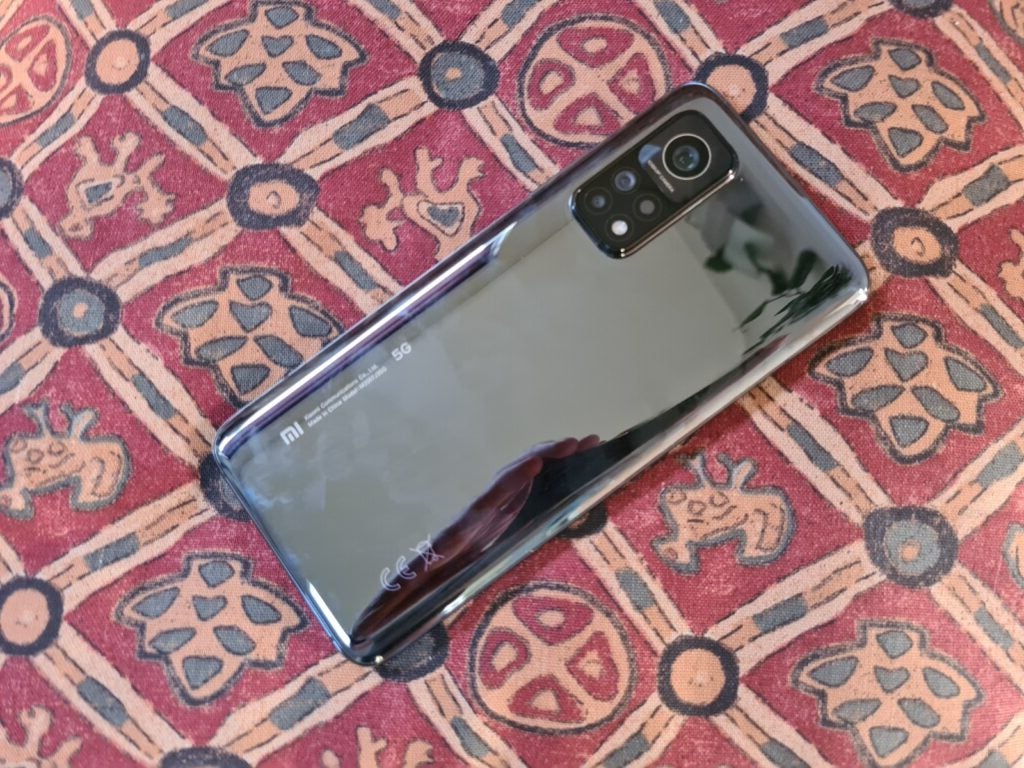 The Xiaomi Mi 10T Pro is a great value smartphone with a super smooth screen bespoke made for gaming and movie watching. At this price it’s also seriously great value, though the design is a little chunky.

With stiff competition from the OnePlus 8T, iPhone SE 2, Pixel 5 and Galaxy S20 FE, you may justifiably wonder why you’d opt for the Mi 10T Pro. But, thanks to a clever trick by Xiaomi, there is one key reason: A variable refresh rate 144Hz screen. The display makes it an on paper dream for media consumption and gaming.

If that sounds tempting, it should. This is a key trick that’s until now was limited to the uber expensive Samsung Galaxy Note 20 Ultra. Having thoroughly put the Xiaomi Mi 10T Pro through its paces, we can confirm the screen refresh rate is awesome and the device is a stellar value mid-ranger that’ll deliver on most users’ needs.

Niggling issues with the design and cameras stop it from being THE best phone you can get this price, however.

Xiaomi Mi 10T Pro: It’s not got a svelte design

Mid-range phones always come with a few design compromises. This remains the case with the Xiaomi Mi 10T Pro, which does very little to innovate from a design perspective.

It’s a chunky beast of a phone featuring a Gorilla Glass 5 front with a hole punch front camera, metallic sides and an unassuming flat grey plastic back that’s free of any design flourishes, outside of a sizable rear camera housing which protrudes a good few millimeters out.

The lack of an IP water resistance rating and side facing fingerprint scanner embedded in the phone’s power button further emphasise the Mi 10T Pro’s place as a mid-range handset.

So far so dull? For the most part I’d agree and concede the Mi 10T Pro feels fairly middle of the road. But, this is an issue we have with pretty much every phone this price and the lack of visual flair is forgivable as Xiaomi has for the most part done a great job cramming the Mi 10T Pro with top notch hardware.

Under the hood you’ll find the latest generation Snapdragon 865 chipset, alongside 8GB LPDDR5 RAM running the show, which also makes the Xiaomi 5G capable. During testing we found the combo was super fast and are yet to find a process/app the Mi 10T Pro can’t handle.

Build quality is also top notch, despite the phone’s lack of any formal water resistance. The phone feels suitably sturdy and easily survived an accidental encounter with a hardwood floor after an enraged toddler got hold of it.

The only semi-serious issue I have with the design is that it’s thickness and heft, coupled with the placement of its right hand volume and power inputs will make it feel a little unwieldy to use for people with smaller hands.

The Xiaomi Mi 10T Pro’s screen is its most interesting feature. It packs a 6.67-inch IPS LCD, 2,400 x 1,080 resolution screen, that at first glance isn’t anything to write home about. OLED has been a common sight at this end of the market for quite some time and the 1080p resolution means it’s far from the sharpest you can get at this price. But with real world testing I still found it an absolute pleasure to use, especially when gaming or watching movies.

The biggest reason for this is the 144Hz refresh rate. This means compatible games are super smooth and, coupled with the screen’s high polling rate, you can enjoy responsive, post 60fps gaming on the go with the Mi 10T Pro. Over the last two week’s the device has become my mobile console of choice running streaming services like GeForce Now.

But it differentiates itself from most of its competitors by offering a variable experience. This lets the Mi 10T Pro’s screen optimise its refresh rate to match whatever process you’re running. So if you’re gaming and want a super fast refresh rate it’ll crank itself to 144Hz. But, if there’s no benefit, like when you’re watching Netflix content which runs at a lower rate, it’ll drop down to 30Hz to save power. It’s a neat trick I wish more phones would learn.

Outside of this, the screen also delivers in nearly all the right areas when it comes to general quality, despite being IPS, not OLED. During testing I didn’t see the screen hit the quoted 650 nits max brightness, but it was still wonderfully bright, and offered excellent viewing angles. Black levels aren’t as deep as what you’ll get on an OLED panel, but coupled with the screen’s solid brightness they ensured HDR10 content was suitably impactful and featured key details missing on cheaper LCD panels, such as the one I recently tested on the Moto G9 Plus.

Colours are also reasonably balanced, though the screen does appear a little warm to the naked eye. All-in-all the screen is a top performer that will meet most users’ needs.

The Mi 10T Pro runs Android 10 with MIUI 12. The primary is great, but I’ve never been the biggest fan of any Android skin. This is because most skins make a few cardinal sins, the biggest being the addition of superfluous duplicate apps, pointless UI changes and delays upgrading to new versions of Google’s OS.

As skins go MIUI 12 isn’t the worst. Like Huawei’s EMUI the main changes it makes aren’t completely terrible, but they’re also not great. Icons for Android services have been left alone for the most part and the menu screens remain close enough to the OS’ original system to be intuitive. The only decision I’m not completely sold on is the removal of the app tray, though that’s more down to my personal taste than anything else.

Xiaomi Mi 10T Pro’s cameras are good, but there are better

When it comes to camera tech the Mi 10T Pro has some serious competition thanks to the recent arrival of the Pixel 5, which is one of the best mobile snappers around for the money.

The Xiaomi Mi 10T Pro’s rear camera setup is competent, but not best in class, as a result. Round back you’ll find a 108MP main sensor that’s paired with a 5MP macro and a 13MP ultra wide. Up front there’s a 20MP selfie camera.

The setup is fairly by the numbers for a phone at this price. The 108MP main snapper is good enough to take decent quality snaps for sharing on social media in regular light after they’ve been binned down to 22MP. Focus and shutter speeds feel snappy and colours look wonderfully accurate and are free of the overprocessed look you’ll find on many other mobile snappers this price.

The Mi 10T Pro does struggle in low light, however. Shooting in dim conditions details are lost and the lack of any depth sensor to back up the main sensor becomes apparent fairly quickly, especially when shooting portraits. Noise creeps in as well on occasion, marking the biggest difference in performance between the Xiaomi and its main mobile rival, the Pixel 5.

I’m also not sold on the secondary and tertiary sensors, which for the most part feel like afterthoughts and don’t deliver anywhere near as good quality, even when used in their specialist settings, as the main sensor.

The selfie camera is very capable in regular light. Images come out sharp, and are more than good enough for basic use, or to chronicle your lockdown life. Low light performance does rapidly degrade, but that’s standard on most phones and more than forgivable.

You can see a series of images taken on the Xiaomi Mi 10 Pro below.

The Xiaomi MI 10T Pro should have a very good battery life, being powered by a giant 5000mAh cell and featuring an energy saving variable refresh rate.

With real world use the phone generally delivers solid battery life. Using the Xiaomi as my main phone with the screen set to the top 144Hz setting I generally managed to get around two days use out of the handset.

Unplugging it at 8.00am, listening to music throughout the day, sporadically web browsing, plus a couple of hours of movie and game streaming the phone would generally have over half its charge left at the end of the day.

Charge speeds are solid. The phone comes with a 33W charger in the box that generally fully charged the phone in just under an hour during testing.

Should I buy the Xiaomi Mi 10T Pro?

The Xiaomi Mi 10T Pro targets one of the most competitive segments of the market at the moment, and there’s no getting around the fact there are a number of smartphones that do certain things better.

The Pixel 5’s camera beats it in most areas and the OnePlus 8T and Galaxy S20 FE feature much more alluring designs.

But, the Xiaomi Mi 10T Pro is an excellent smartphone that gets nearly all the basics right and comes with the added allure of a 144Hz variable refresh rate screen. The combination makes it a solid option for any smartphone buyer on the market for a top value phone for media consumption that won’t break the bank.

Alastair is in charge of Trusted Reviews’ and Recombu’s editorial output. He has over a decade’s experience as a journalist working in both B2C and B2B press. In his spare time he runs a webcomic.

Unlike other sites, we thoroughly test every product we review. We use industry standard tests in order to compare features properly. We’ll always tell you what we find. We never, ever accept money to review a product. Tell us what you think – send your emails to the Editor.